You work too hard for your paycheck to be taken advantage of by those who you work for. If you’ve been the victim of wage theft practices by your employer, you need to seek experienced legal counsel to help with your claim.

From an employer’s failure to pay minimum wage in Missouri to sex and age-related workplace discrimination, employees subject to unlawful environments need informed legal representation to get the compensation they deserve. As a trusted wage theft lawyer based in Springfield, MO, Robert Curran proudly serves residents of Kansas City, Willard, Ash Grove, and neighboring counties, offering expert guidance and legal counsel for claims and lawsuits of all types.

Turn to a reputable employment discrimination lawyer in MO If your employer is committing the following:

Failure to pay minimum wage in Missouri is against the law. Federal law dictates an employer must meet a pay standard for all individuals under their employment. Failure to do so is not only subject to scrutiny under Federal guidelines but falls under the state’s jurisdiction as well. An employer who pays subminimum wages is liable for the total amount of wages due as liquidated damages. If you’ve been employed at a job where you are not paid a minimum wage, contact Curran Law Firm for a consultation. We’ll thoroughly review your case and pursue the wages that are rightfully owed to you.

Missouri labor laws require employers to pay employees overtime when they work over 40 hours in a workweek, unless otherwise exempt. If you’re an hourly employee that hasn’t been compensated overtime for working more than 40 hours weekly, you’ll need an attorney fighting to get what is rightfully yours. You need Curran Law Firm in your corner!

A Lawyer With a Proven Track Record of Winning for Exempt Employees in Springfield, MO

Some employees are “exempt” from the mandatory time-and-a-half overtime requirements of the FLSA, as those requirements don’t apply to every job. Under the FLSA, there are two general categories of jobs; exempt and non-exempt. Exempt workers do not have to be paid overtime, whereas non-exempt workers must be paid overtime for all hours over 40 worked in a single 7-day work week.

It’s important to understand that it’s not always easy to tell whether a particular job is exempt or non-exempt. Sometimes it’s incredibly complicated, in part because laws often have gray areas. Fortunately, the law puts the burden on the employer, not you, to prove that a particular job is exempt from the time-and-a-half overtime requirements. If the employer cannot confirm your job falls into a specific “exempt” category, then overtime must be paid. The default rule is that overtime must be paid unless the employer can prove otherwise. There are many individuals currently employed in jobs categorized as “exempt,” yet in previous legal cases, have not been proven to be exempt under the rule of law by the employing entity. That’s why it’s important to know your rights as an employee and understand the regulations governing exempt and non-exempt employment.

Improper classification refers to an employer’s practice of mischaracterizing a position as being either “exempt” or an independent contractor. Employers may think they can avoid paying the workers their proper pay (minimum wage and/or overtime pay) — and failure to pay minimum wage in Missouri is against the law. Second, the employer avoids paying the proper payroll taxes. Thirdly, the employer may save considerably on their worker’s compensation insurance and other expenses.

In addition to being cheated out of fair pay, workers who are misclassified as “independent contractors” are also frequently cheated out of employee benefits, such as health insurance, sick days, vacation days, ETO/PTO, etc. Those workers are also continually lied to and told that they’re not entitled to the protection of laws like the Family and Medical Leave Act, the Americans with Disabilities Act, and other similar laws. These companies also frequently claim that they don’t have to provide workers’ compensation benefits or unemployment insurance benefits. If you were “hired” by a company yet are being told you’re an independent contractor, contact Curran Law Firm.

The Missouri Prevailing Wage Law requires workers working on public works projects by or on behalf of state and local bodies to be paid the proper prevailing wage rate, which is determined by actual hours worked for a particular occupational title in each county throughout the state. There are many aspects to the Missouri Prevailing Wage Law, and that’s why a wage theft lawyer like Robert D. Curran is here to help those that have been failed by their employer by not receiving the correct wage rate.

Curran Law Firm: Fighting For You!

We specialize in other legal cases as well. If you require the following services, make sure to contact us right away:

You’ve worked hard for your employer. It’s time for them to pay what you rightfully deserve. Don’t settle for less when you’re owed for work performed! Choose Curran Law Firm as your wage theft attorney in Missouri. Contact us now for your consultation!

Missouri law actually prevents judges from telling juries that there is insurance involved in a lawsuit.  The general basis for this rule is because they

Perhaps you’ve heard that Title VII of the Civil Rights Act of 1964 protects employees from discrimination against race and religion. You wonder if this 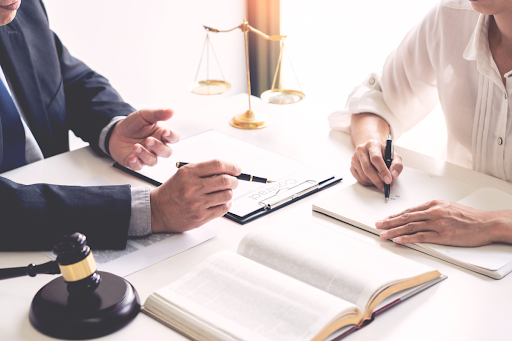 How a Wrongful Death Lawsuit Works

Giving Back To Our Active Military!!

Curran Law Firm is proud of all of our citizens who serve in the United States military. We as a nation are in debt to these heroes, who protect us all. As a small token of our appreciation, we are willing to provide, FREE OF CHARGE, to all active military personnel and their spouses a free broad, power of attorney document. This document can be vital for active military personnel, because while one spouse is stationed overseas, the other can sign documents and engage in transactions in the their name. While a broad power of attorney document isn’t right for every situation, it can be helpful for such things as registering or selling vehicles, selling real estate, engaging in banking transactions, filing taxes, and many other matters. Simply call us at 417-823-7500, tell our receptionist that you’re active military and would like a free broad power of attorney document, and we’ll start the ball rolling on this!